Ed Woodward’s stance on his Manchester United future has emerged after he moved out of his home at Cheshire. The Red Devils supremo recently gave up some of his powers to John Murtough and Darren Fletcher. He’s been a polarising figure at Old Trafford ever since replacing David Gill as executive vice-chairman back in 2013.

Woodward has long been criticised for his work at United.

He oversaw the nightmare David Moyes era, failing to back the Scot in the transfer market by missing out on the likes of Cristiano Ronaldo, Gareth Bale and Cesc Fabregas.

Woodward was slammed by Louis van Gaal for being unable to acquire his top targets, too, while Jose Mourinho had many grievances throughout his Old Trafford reign.

Under Ole Gunnar Solskjaer, however, things have been better.

Woodward has helped the Norwegian pull off some big signings so far, with Bruno Fernandes, Harry Maguire and Aaron Wan-Bissaka all hits rather than misses.

He did recently give up some of his powers at the Theatre of Dreams, instead choosing to give new roles to Murtough and Fletcher.

Now, the Daily Mail claim Woodward has moved out of his Cheshire home.

The property was thrust into the headlines back in January 2019 when fans protested outside of it. Fortunately, Woodward was away at the time.

Arguably Bruno Fernandes’ best 45 minutes in a Manchester United shirt came in the away win over West Ham back in December.

While key goals he has scored may stand out as being more memorable, statistically it is hard to argue with the eight chances he created in one half in the 3-1 win after coming off the bench at half-time.

In the 1-0 home win against West Ham on Sunday, Fernandes played all 90 minutes and created five chances.

Only five? By Fernandes’ own high standards, perhaps he can do better. But this is well above his average of 2.8 per game this season, the third highest in the Premier League according to WhoScored.

The five key passes from Fernandes in Sunday’s home win over the Hammers was very impressive. David Moyes’ side came to defend and made it tough for them to break down.

Fernandes was desperately unlucky not to add to his tally of 13 assists for the season, with his teammates’ finishing letting him down.

MAN UTD TARGET TORRES AS PLAN B
The brains trust at Manchester United are plotting their summer’s transfer business and this morning, the Red Devils are linked with three defenders and a midfielder.

A centre-back appears to be one of United’s priorities in the next window and it seems they are relying heavily on their Spanish scout. 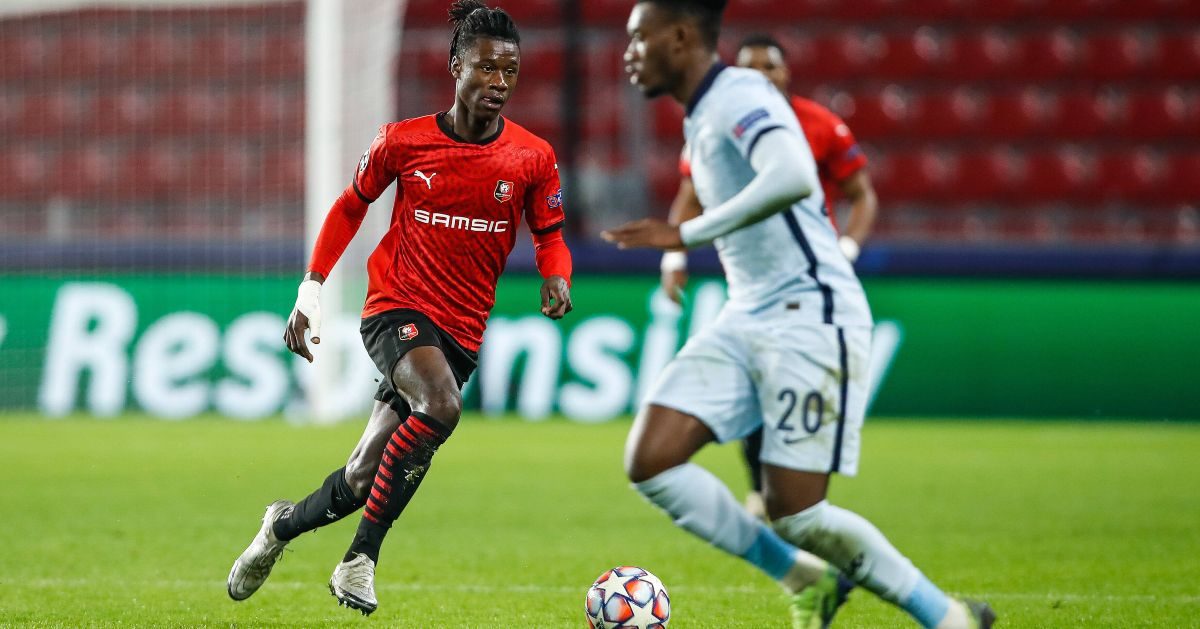 Sergio Ramos is the club’s primary target, with the Real Madrid veteran approaching free agency this summer. But United have been hurt before by Ramos, and Todo Fichajes reckons they are looking towards Villarreal for their their Plan B.

Pau Torres is reportedly seen as an ideal partner for Harry Maguire and only last week the 24-year-old was linked with the Red Devils.

UNITED AND CHELSEA IN CAMAVINGA CHASE
United are also in dire need of a midfielder who can protect whichever centre-backs Ole Gunnar Solskjaer fields next season.

Reports in Spain reckon the Red Devils are jostling for position at the front of the queue for Eduardo Camavinga.

AS says United will move for the 18-year-old if Paul Pogba leaves Old Trafford this summer. Camavinga won’t come cheap, however, with Rennes looking for at least £50million.

United are not the only club eyeing the teenager. Chelsea are also interested and so too are Real Madrid, who may decide their money is better spent on ‘the new Pogba’ rather than the old one.