New signing Thiago Alcantara set a Premier League record on his Liverpool debut as he out-passed every single Chelsea player, despite only being on the pitch for 45 minutes.

The Spain international only completed his initial £20m ($26m) move from Bayern Munich on Friday, but was included in the travelling Reds squad for Sunday’s clash at Stamford Bridge.

He began the game on the bench but was introduced at half-time after captain Jordan Henderson was forced off with a suspected thigh injury, and immediately showed the excitement around his arrival at Liverpool was justified.

The game was goalless at that stage, though the champions were given the edge when Chelsea defender Andreas Christensen was shown a straight red card for hauling down Sadio Mane as he ran through on goal.

Thiago did not take long to make an impact in the heart of Liverpool’s midfield, with his 75 successful passes more than any other Chelsea player, including those who had played the entire 90 minutes.

It is also the most passes completed by a player who played a maximum of 45 minutes since Opta started producing passing statistics at the start of the 2003-04 season.

It was not all plain sailing for Thiago, though, with the 29-year-old tripping Timo Werner in the area for a Chelsea penalty. The error did not prove costly, however, with Reds goalkeeper Alisson saving Jorginho’s spot kick, the first time the Brazilian has missed from the spot from nine attempts in a Chelsea shirt.

With Thiago dictating from deep, Liverpool were able to take a firm grip on the game, with Mane heading the opener from Roberto Firmino’s cross five minutes into the second half. 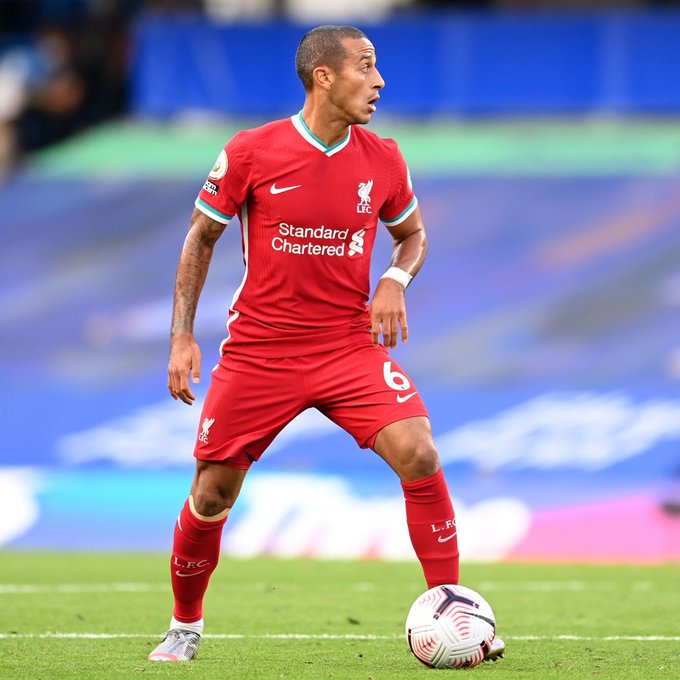 It means Liverpool have begun the Premier League campaign with two wins from two, following their eventful 4-3 victory against Leeds United at Anfield last weekend. Next up for Klopp’s side is a trip to League One side Lincoln City in the EFL Cup on Thursday, before hosting Mikel Arteta’s Arsenal back in the Premier League on Monday.