Arsenal midfielder Lucas Torreira has reportedly received a phone call from Atletico Madrid manager Diego Simeone over a potential move to the Wanda Metropolitano, which may boost the Gunners’ chances of signing Thomas Partey. Torreira looks set to be allowed to leave the Emirates before the end of the transfer window. 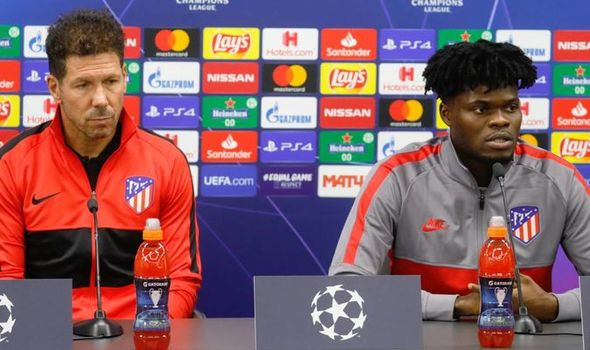 Earlier this week it was reported Serie A club Torino had agreed a loan deal for the Uruguay international with an obligation to buy for £22million.

However, Uruguayan journalist Sebas Giovanelli claims Atletico boss Simeone is now keen on Torreira. Simeone is said to have contacted the 24-year-old and told him he wants to sign him. That could be a welcome boost for Arsenal who are pursuing Atletico’s Partey.

Partey has been a target for Mikel Arteta throughout the transfer window and Torreira could be seen as a direct replacement for the Ghana international.

Simeone is said to have contacted the 24-year-old and told him he wants to sign him.

That could be a welcome boost for Arsenal who are pursuing Atletico’s Partey.

Partey has been a target for Mikel Arteta throughout the transfer window and Torreira could be seen as a direct replacement for the Ghana international.

Arsenal have so far not been willing to activate Partey’s £45m release clause.

However, they will be hoping they can thrash out a deal with Atletico that sees Torreira head in the opposite direction.

Torreira became an immediate favourite with Arsenal supporters after his arrival from Sampdoria in 2018.

However, he fell out of favour under Unai Emery at the start of last season and has not been a regular starter since Mikel Arteta took charge last December.

What can Arsenal do with Ozil?

I’ll try and make this brief, as this is probably the millionth article on Ozil! Now Ozil has made it very clear he will see out the final year of his contract, how loyal of him, but it’s likely he won’t see any playing time. Not even making the bench against Fulham is yet more evidence that he won’t be involved this season. Even Willock is ahead of him, which gives us an indication of how far Ozil has fallen. 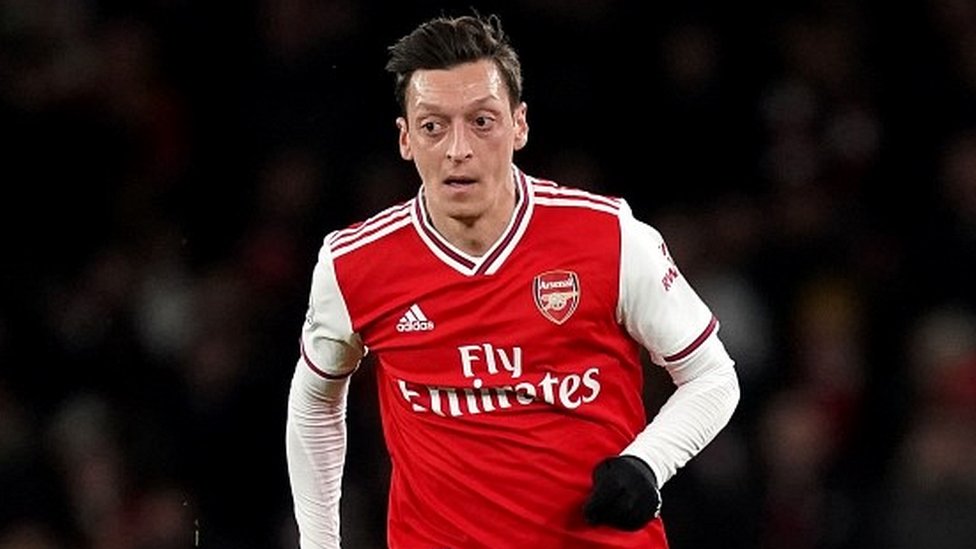 I guess the best-case scenario is that Arsenal can get Ozil away from the club on a loan, although they would probably still need to cover most of his salary. I am not sure that will happen though, as I get the impression, he won’t even consider a loan move, what with the deterioration of his relationship with the board. I hope I am wrong, but it looks as if Ozil is happy to not even kick a ball this season.

If that is the case, and Ozil doesn’t budge, what should the club do? Ozil has been training with the first team, with no playing time on the horizon, but it could become tough for Arteta to keep the squad harmonious, should Ozil start becoming frustrated with never playing, despite “always being ready” as his Twitter regularly informs us.

Normally, I would just say dump a player like him into the reserves/youth team. Out of sight, out of mind. But do we really want a lazy, petulant, money oriented, poor team player, infecting our up and coming youngsters with his attitude? Yes, Ozil has great technical ability, which the youth could learn from, but what makes a great player, is more of: Determination, attitude, and work ethic. None of which Ozil has! I have lost count the number of amazing youngsters I have seen since following football, whose careers went down the pan quickly because of a lack of: Determination, attitude, and work ethic. I always think Balotelli is a good example of this.

We know Ozil has absolutely nothing to offer on the pitch, and is a very poor role model (from a footballing perspective), so I guess the best option would be to have him train on his own? I just don’t want to see him around the first team, and/or the reserves/youth team.

If Ozil stays put, and Arteta refuses to use him, what would you do with Ozil?

Edu can raise a further £75.1m for players, as he is close to completing Arsenal’s sixth summer transfer