Wolves have had an opening bid of £15m for Ainsley Maitland-Niles rejected by Arsenal.

Talks between the clubs are ongoing and Wolves are expected to go back in with a higher offer, with Arsenal thought to want at least £20m.

Maitland-Niles, who started for Arsenal in the 4-1 pre-season victory over MK Dons on Tuesday, is open to a potential move.

Wolves manager Nuno Espírito Santo is keen to strengthen both his central midfield and full-back options and the versatile 22-year-old fits the bill on both counts.

The need for reinforcements has intensified after defender Jonny Otto was sidelined for between six and nine months after injuring his anterior cruciate ligament in Wolves’ Europa League win against Olympiakos earlier this month. 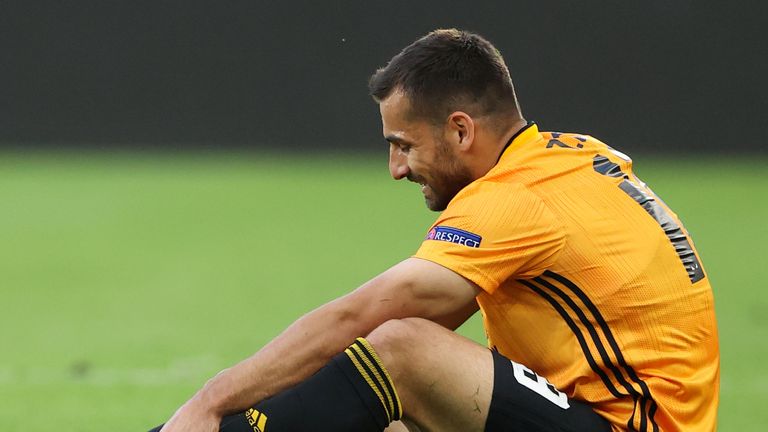 Maitland-Niles has three years left on his present deal at the Emirates, but is understood to be surplus to requirements as Mikel Arteta looks to raise funds to rebuild his first-team squad.

He played 32 times for Arsenal last season and has represented England from U17 through to U21 level.

‘Nuno places huge importance on positional flexibility. Leander Dendoncker and Romain Saiss have been used in defence as well as midfield, while Adama Traore has operated at wing-back or as part of the front three. Maitland-Niles would fit in well as a player who can be deployed in multiple positions.

‘Like the injured Jonny, the man he would be likely to replace at left wing-back in Wolves’ system, he can play on the right or the left flank. The possibility of featuring in midfield – if there is a vacancy there – is also an option with Ruben Vinagre able to fill the void out on the left.

‘Maitland-Niles produced one of his best performances for Arsenal in their 2-0 win over Wolves at Molineux in July and it will not have gone unnoticed that he shut down Traore so effectively that afternoon. This would be a promising signing for a Wolves side that needs strengthening.’

‘It seemed Maitland-Niles had been handed an Arsenal lifeline when he returned to the side for the final weeks of the season having previously been left on the fringes by Mikel Arteta, but a move makes sense for all parties.

‘The 22-year-old is a talented and versatile member of the Arsenal squad, but he is unlikely to get the regular football he craves at the Emirates Stadium, especially after the Gunners brought in Cedric Soares to provide extra cover at right-back, and the club also need to raise funds for further recruits.

‘Maitland-Niles’s age, his potential, and his ability to play in both midfield and defence make him a sellable asset. Arsenal may come to regret it, depending on how he progresses at Molineux, but cashing in now, before he begins to run down his contract, looks like the sensible option in the current climate.’

The summer transfer window will run for 10 weeks from July 27 and close at 11pm on October 5.

A domestic-only window for trades between the Premier League and EFL then runs from October 5 and closes on Friday October 16 at 5pm.