According to reports in the Italian media, Juventus is reportedly ready to include star winger Douglas Costa in a potential swap deal with Arsenal striker Alexandre Lacazette. Juventus has expressed interest in the French forward for the past several weeks but is yet to convince Arsenal to part with the talented striker. 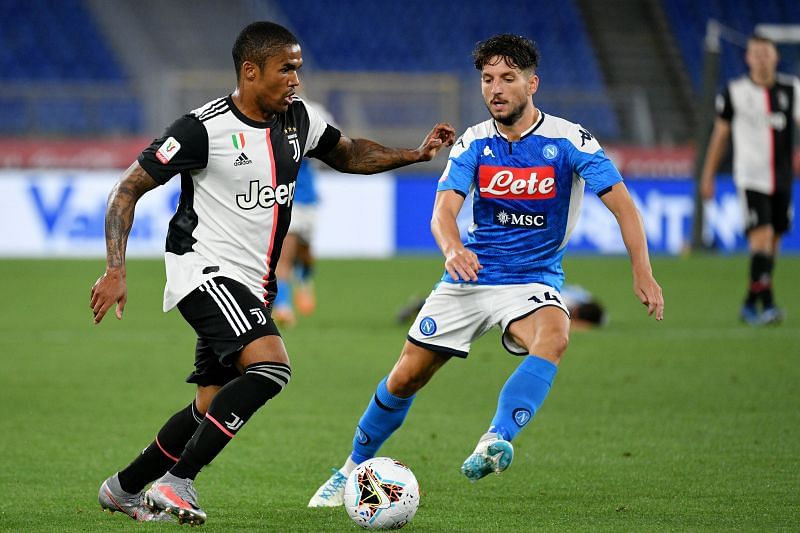 Arsenal is looking to revamp its squad in the upcoming transfer window after a largely underwhelming Premier League season and would not mind adding Juventus forward Douglas Costa to its list of acquisitions this summer. 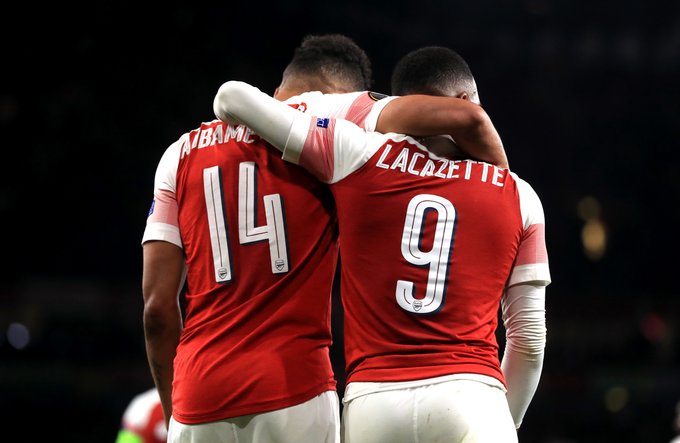 Juventus has endured a disappointing Champions League campaign and is probably going to make wholesale changes to its ageing squad this summer. Italian manager Maurizio Sarri was sacked by Juventus hours after the Bianconeri crashed out of the Champions League.

Juventus appointed former player Andrea Pirlo to lead the club into a new era and the Italian legend wants to bring younger players to the club. Alexandre Lacazette is reportedly on Juventus’ radar and Arsenal may not be able to keep the French hitman at the club.

Arsenal striker Alexandre Lacazette has been in excellent form since the Premier League restart. The French star has put in exceptional performances against the likes of Liverpool and Tottenham Hotspur and is an important part of Arsenal’s build-up play.

Lacazette is not a hitman at Arsenal, however, and often has to play supporting roles to the likes of Nicolas Pepe and Pierre-Emerick Aubameyang. Arsenal manager Mikel Arteta is also likely to give plenty of playing time to youngsters Edward Nketiah and Gabriel Martinelli and their presence will affect Alexandre Lacazette’s role at the club.

Juventus is in the market for a striker that can complement Cristiano Ronaldo in the penalty area and has earmarked the Arsenal striker as a potential option for the role. Juventus has struggled to create chances under Maurizio Sarri this season and needs a player like Lacazette to provide a creative spark in the final third.

Juventus is also ready to include veteran striker Gonzalo Higuain in the swap deal. The Argentine forward has struggled to make a mark at Juventus this season and has been criticised for failing to perform in the Serie A.

Brazilian winger Douglas Costa has been one of the better performers for Juventus over the course of the season and his electric pace on the flanks can offer Arsenal a distinctive cutting edge in the final third. The 29-year-old Juventus star is likely to be included in a potential swap deal that will see Arsenal striker Alexandre Lacazette move the other way.

Arsenal finished in a lowly eighth place in the Premier League table and is looking to add experience in its ranks in a bid to finish in the top-four next season. The likes of Douglas Costa and Gonzalo Higuain can add plenty of depth to a relatively diminished Arsenal squad.

Juventus, on the other hand, is desperate to win the Champions League and newly appointed manager Andrea Pirlo wants to revolutionise the squad by selling the club’s older players. The Bianconeri has not had the best of seasons and will look to revamp its squad in the coming weeks.